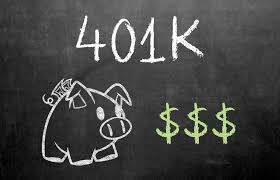 Dividing a 401(k) for a divorce settlement is less painful when you know about the plan and take the right steps that ensure both people are satisfied.

A 401(k) plan is marital property, just like other possessions that need to be divided. Here are nine ways you can handle assets in the plan during a divorce:

3. Talk about your 401(k) with the plan administrator when you decide on a divorce. The plan may have requirements or options to use when dividing the plan with your spouse. Some plans allow disbursement as soon as the divorce is finalized, but other plans may not allow distributions of any kind until retirement age.

4. Request model copies of QDROs from the plan administrator. This will give you guidelines on preparing one for your particular plan. Give copies to your attorney and the attorney for your spouse so they are familiar with the details of your 401(k) plan for negotiations.

5. Read the directions of your own plan on division to have a better idea for your options. Those options might include: Splitting the assets, keeping your 401(k) plan and using other marital assets that replace the value of the portion, liquidating a portion of the fund to satisfy the divorce agreement, or rolling over a portion to the spouse’s retirement plan.

6. Make sure the QDRO is completed: At the time of the divorce and sign it when signing agreements in the divorce decree.

7. When splitting the proceeds from a 401(k) through a cash payment, it is a one-time deal, according to IRS regulations. Any additional payouts decided later on would be subject to a 10 percent penalty on the withdrawal. Any distribution from the plan before age 59 and a half is also considered an early withdrawal.

8. If money is distributed before the age of retirement, the employer withholds 20 percent for prepaying the tax.

9. Consider options: Such as paying part of what is agreed upon in cash while rolling over the rest to the spouse’s plan.

7 Things You Can Do For Single Moms On Mother's Day

Do you know a single mom? One who doesn't have plans this Mother's Day? Here are 7 things you can do to honor single moms on Mother's Day.
View on Facebook
· Share