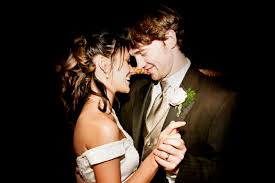 Agreements before (prenuptial) and after marriage are increasingly considered when the marital or cohabiting partners have significant differences in wealth, pension rights, family businesses, and children from previous marriages whose inheritance rights are to be secured.

It is often argued that prenuptial agreements reflect a lack of trust. However, we live in a trust but verify era of relationships as illustrated by numerous background check services. The ease and prevalence of divorce in our society requires partners to seriously consider a prenuptial agreement, especially when property issues will impact third parties such as children and grandchildren as well as business associates.

Same-sex couples and unmarried cohabitating couples also should consider a prenuptial agreement. However, a fundamental question is whether or not their state of residency allows contractual property arrangements in their special circumstances? Some state legislatures are addressing this question but the legal environment is not uniform. The classic 1976 California case of Lee Marvin and Michelle Marvin created the term “palimony” and allowed property contracts between non-marital partners as long as they were not based upon sexual services.

If choosing to create a prenuptial agreement, there are a variety of legal and financial issues to address. This comment briefly lists ten common legal issues among many associated with these agreements. Always involve experienced legal counsel in creating, reviewing, and enforcing all marital agreements.

1. What statutes govern these agreements in your state of residency and have they been followed? Statutes may require, for example in a nonexclusive list, that each partner have independent legal counsel, that all property be fully and fairly disclosed prior to signing, that there be a waiting period of days after presentation and before signing or before marriage, and that certain topics cannot be the subject of these agreements. Many states have enacted the Uniform Premarital Agreements Act. When moving to another state it is important to verify the enforceability of the original agreement.

2. How does your state of residency treat income, accrued pension rights, gifts, inheritances and assets generally acquired during marriage or cohabitation? If these acquired items are considered jointly owned by the partners, as a community property state might, does the agreement adequately address this topic? What is the status of comingled assets prior to the marriage or cohabitation?

3. What is the anticipated role of your attorney in creating these agreements? Is this attorney an advocate for you or merely documenting your decisions? Is anyone negotiating on your behalf? Does your attorney have conflicts of interest or relationships that might compromise the quality of representation?

4. How long does the agreement endure? If it is to expire or be modified in certain circumstances, does it appropriately address these situations? Consider, for example, the duration of the marriage or cohabitation, the birth or adoption of children, changes in health, and significant changes in property due to inheritance or business ventures.

5. Is what you will receive under the agreement adequate? Are there assumptions, such as continuing good health, that underlie the agreement? Are assumptions and potentially changed circumstances sufficiently addressed? An agreement might, for example, amend the division of assets based upon the years of marriage. It could require life insurance be purchased to fund support or college education for children.

8. Will the agreement attempt to address new reproductive technologies such as the ownership and disposition of frozen eggs or embryos? Since there is considerable variation in state law, approach this topic with special care and attention.

9. To what extent will the agreement consider child custody, visitation, and child or spousal support in the event of a divorce? Generally courts are reluctant to allow contractual provisions to overturn a judicial review of the best interests of the child. Likewise, an agreement that leaves a former spouse in poverty may be unenforceable.

10. Will the agreement attempt to enforce behavioral standards with lifestyle and conduct provisions? These might include, for example, a no-children clause, infidelity clause, religion clause, no drug use clause, or a no criticism after divorce clause. These provisions may or may not be enforced based upon public policy considerations in a given jurisdiction and must also be approached with care and attention.

Individuals are becoming increasingly creative in the contents of marital agreements. At the same time, statutory provisions and concepts of fundamental fairness may limit these provisions. Carefully and thoughtfully consider any such agreement in light of your personal values and concerns with experienced legal and financial counsel.