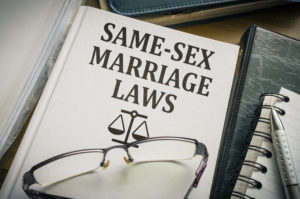 Massachusetts is one of twelve of states, along with the District of Columbia, which recognize same-sex marriage. Since 2004, same sex couples have had the right to marry in Massachusetts. Like their opposite-sex counterparts, same-sex couples can enter into a prenuptial agreement to protect their respective assets during the marriage.

Contrary to popular belief, a prenuptial agreement does not protect just one spouse; it protects both spouses. It must be fair and reasonable for both parties. It can be a very specific agreement dealing with all aspects that may be covered in a potential divorce, including distribution of property and assets, alimony, child support, and child custody. Or, the agreement can be narrow, and just address one or two issues, like protecting a specific property owned by one spouse-to-be.

A prenuptial agreement also requires both spouses-to-be to make a full and accurate disclosure of their assets and liabilities. This way neither spouse enters the marriage with any financial secrets.

However, there is a unique aspect to a same-sex couple’s prenuptial agreement. This is because of the federal law, Defense of Marriage Act (1U.S.C.S. § 7 (1996)), commonly known as DOMA. DOMA permits a state to withhold recognition to marriages between persons of the same sex, even if the marriage was concluded or recognized in another state and would normally be given full faith and credit in the absence of DOMA. Under DOMA, the federal government is not permitted to recognize same-sex marriages for any purpose.

However, in March 2013, the United States Supreme Court heard oral arguments on the constitutionality of DOMA in the case United States v. Windsor. No decision has been issued by the Supreme Court yet, but a decision is expected this summer. If DOMA is ruled unconstitutional, same-sex couples could then take advantages of all the financial benefits their opposite-sex counterparts are entitled to under federal law.

Because of DOMA, a prenuptial agreement between a same-sex couple can be all that more important, so as to outline each future spouse’s rights and obligations.

Why Marriage And Divorce Rates Are Dropping During The Pandemic