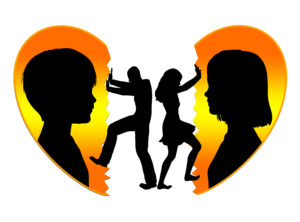 It is not uncommon after (or even during) a divorce, a parent seeks to move outside of Massachusetts with the couple’s children. Not only does this impact the custody arrangement between parents, but it can impact the relationship between the children and both parents as well.

Because the impact such a move can have between children and parents, the Massachusetts Probate and Family Court does not take such a move lightly. In typical custody cases, where both parents live near one another, the court applies the legal standard of the “best interests of the child.” This means the court considers what is best for the child when it comes to custody and a parenting plan.

However, when one parent seeks to move out of state with the parties’ children, there is a higher legal burden on that parent than just the “best interests” standard. In such cases, pursuant to M.G.L. c. 208 §30, a parent must either obtain the consent of the other parent to move out of state with the children, or obtain the approval of the court. Where court intervention is required, the court applies the “Real Advantage Test.” This is a much more difficult test to apply and prove in court.

Next the court considers the interests of the child. Within this category, the court will consider the following factors:

In considering the interests of the custodial parent, the court will consider the following factors:

In considering the interests of the noncustodial parent, the court will consider the following factors:

The Real Advantage Test is a very intricate test, and no one factor or category is controlling. Removal cases are very often fact-specific, and there is no clear answer. If a parent is considering moving out of Massachusetts with their children, they should consult a lawyer who specializes in family law before they make the move.