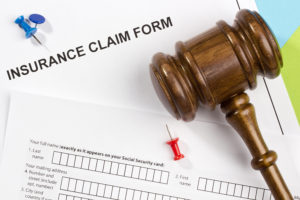 It is not uncommon during a marriage for one spouse to be the primary policyholder of a medical insurance plan and the rest of the family to be covered under that one plan.  Typically, the plan is offered through that spouse’s employer.  However, when spouses file for divorce, the question arises as to how will the other spouse, and also the children, be covered by medical insurance.

In cases in which a policyholder spouse is self-employed or has a health insurance plan purchased privately or not through an employer, then the law does not directly apply to these spouses; however it is not uncommon for the non-policyholder spouse to still remain on the policy, absent a triggering event.  Thus, in these cases, spouses can typically remain on the insurance, but pay any additional cost to continue the coverage.

Simply put, spouses will not be left without insurance after a divorce.  There are several factors that must be reviewed, but in general, spouses will be able to continue with some form of medical insurance coverage after the divorce.  However, in light of the recent health care reform, it may not always be economical to remain on the existing health insurance plan.  Spouses should compare other medical insurance options, such as the Massachusetts Health Connector, to ensure remaining on the existing plan is the most cost-effective solution.