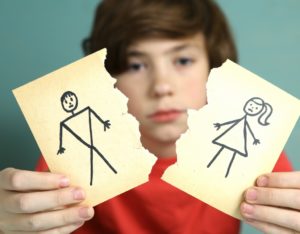 Some parents look at Parent Coordinators as someone who is a referee and quasi-judge who decides which parent “wins” or “loses” specific disputes regarding co-parenting.  Rather, a parenting coordinator is more like a mediator, who helps both parents work through a dispute and come to a relatively amicable resolution without the need for going back to court.  This reduces the time needed to resolve the dispute (since it can be done privately and out of court), and can help preserve the relationship between the parents for the sake of the children.

Unfortunately, some parents, when they come to parent coordinator, have been in a state of high conflict at all times, that they don’t initially understand that there is no “winner” or “loser” with parent coordination.  They are looking for the Parent Coordinator to decide who the “winner” is, and to also punish the “loser.”  It is over time that parents realize that parent coordination is a collaborative process that promotes the children’s best interest, rather than determining who is a “winner” or who should be “punished.”  This, in turn, creates a better relationship between parents, even though they are now separated, which helps co-parenting and to promote the parent-child relationship.

Also, because parent coordination is all about collaborative work, it minimizes the time in court, and thus less money spent on attorney’s and other legal fees.   Since parents are working together collaboratively with a Parent Coordinator to develop a resolution that works for their family, they are also avoiding a judge deciding their dispute for them.  When judges decide a dispute for a family, it may be a resolution that may or may not work for the parents and the children.  Unfortunately, if it is a judge’s decision, it is an order that the family must abide by.  However, though parent coordination, parents can create a customized resolution that works for everyone in the family.

Another benefit to engaging a Parenting Coordinator is minimizing family conflict over time.  As parents continue to work with a Parenting Coordinator, they can learn to better communicate with one another, which in turn minimizes the family conflict and strife.  As communication between parents improves, the stress upon the children (who see their parents communication improving) decreases.

Parent Coordinators also are oftentimes privy to resources that the courts may not have the time, money, or knowledge of to refer parents to.  This can include classes to improve co-parenting styles, books and videos parents or children can reach/watch about separated families, or other professionals (e.g. family therapist) that can help a family while they address any co-parenting issues.  Thus, Parent Coordinators can oftentimes access a vast well of knowledge, resources, and colleagues who can help parents improve their co-parenting styles and minimize conflict.

Thus, all in all, the benefits of engaging a Parent Coordinator are:

When parents feel that they need some assistance in resolving co-parenting disputes, they should seriously consider engaging a knowledgeable Parent Coordinator.

8 Things That Make You More Likely To Divorce

Based on these 8 things you're more likely to divorce. Do you see any of these predictors of divorce in your relationship?
View on Facebook
·Share